I am writing this months article while I am on a plane for the first leg of my trip which will include riding the Hogwarts Express! A much needed vacation with the family and I know they will have fun riding that train 🙂 That was a topic of another article though.

This month isn’t about the AP. “What?”, you say, “this is the AP article.” Well, I’ll get back to that later. I have two questions: “What are you doing to keep your hobby interesting?” AND “What special tools do you have access to that can help your modeling?” There are several subscription based and many free videos online. Sometimes they are just interesting to watch but often I get ideas that I’d like to try. Maybe it’s a new way to do something you’ve done before or it could be a new technique you hadn’t even thought of.

I recently saw a video where they were showing how to carve pink foam to create a brick building then painted it with several colors to get a really cool effect. I still want to try that but it lead me to another idea. Previously I had tried to engrave a brick pattern on some wood with a laser. In HO scale it’s pretty small and the tests I did were disappointing so I set that idea aside. After watching that video, they had done it in O scale and I will get to that someday for my On30 project, I thought about using the laser to etch the mortar lines instead of engraving a brick pattern. It took a little time setting up the file but the test piece looked really good! It was still extremely small but I liked how it looked. I then painted it similarly to what was explained in the video I had seen and success! I was wowed by the effect!

O.K. this is really about the AP after all. I really like craftsman kits for my structures but 6 of the 12 required for the Structures certificate need to be scratch built. Using my new found “skill” it was time to scratch build a building! I made the cut file needed for the laser to cut and engrave the main parts of my building. I even laser cut the shingles! The laser is just a “big fancy” knife so if you design the cut file even if you have someone else, or a service, cut it for you, you are doing the work and it is still considered scratch built. 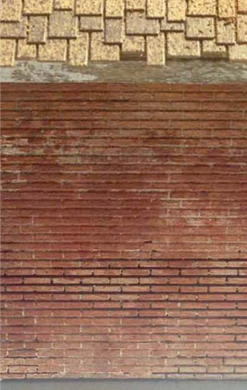 In the picture you can see a close up of one of the walls of the finished building. I like how it turned out. It’s a small building and I may make a bigger one using that same technique but for what I need, I have a small western mining town in mind, the small building fits nicely. I made two, one a wood structure and the other the brick building. They will fit in perfectly with some of the kits I’ve already made.

You can see the finished structures next month at Wasatch Rails. We will be having the contest again this year. The contest worked very well last year. We had some really good models entered and it was fun to see the variety. Bring something to share. While we use the AP judging guidelines you don’t have to be actively working on any certificate. You may be surprised plus it’s good to get feedback from other modelers.

Now back to my earlier questions. For me, lately, watching videos has helped spark the interest to try new techniques. I was able to do a fun little project that now I have two more models towards my Structure certificate. Second, having a unique tool like a laser can make some things easier but it still doesn’t “build the model for me.” It just made the project fun and gave me something else to try. What unique tool do you have access to? What is something you can use for model railroading but might not have thought about yet? Get creative and share those ideas so we can enjoy the journey together.