We all enjoy this hobby called Model Railroading. Some of us have been blessed with time and space to have a large layout and others not so much but we still have fun when we can. I’ve talked about how to share the hobby with our family but what about others? How can we give back to society and our neighborhood? This month’s article I was going to write about my Haunted Halloween Train Ride I give every year. I did a blog post on my website about it: http://jamestowntrains.com/haunted-halloween-train-2015

In that post I talk about how that is one way I “give back” but there are many ways we can share our hobby. Wasatch Rails is one way. We just had our annual train show of the Northern Utah Division. Many, many ways to serve were provided to those who had the time and volunteered. Fred Baney, Cindy Meiser and I put on a workshop for Boy Scouts to earn their Railroading Merit Badge. 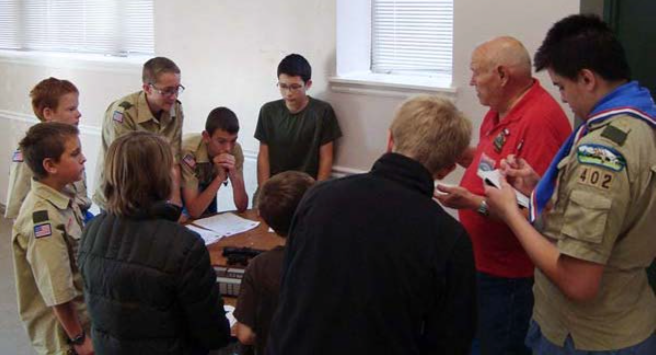 This year we opened it up to the public but we didn’t have any takers, just the Boy Scouts. There are two aspects to the merit badge: Real Railroading and Model Railroading. Cindy is a licensed Operation Lifesaver instructor and she went over the safety aspects of trains. Fred and I are both registered merit badge counselors and between the two of us, we covered the rest of the material.

We had displays as well as a hands-on Timesaver for them to operate on. Whether the boy is really interested in trains or not, it provides an opportunity to teach about trains and if they weren’t then maybe they might become interested, at least some day. That’s why the hands-on aspect is so important. In addition to Wasatch Rails, I do the class for my local boys too. If you are wondering how you can become a counselor, or what it takes, send me an email and I will help you get started. By the way, it really is the quickest way to earn the Volunteer AP Certificate!

Another way you might not think about as giving back is to enter model contests. Sometimes when the public comes and sees the large modular layouts they might think to themselves that they could never do something like that. One building, car or locomotive on display is a little less intimidating, in my opinion. This year the contest at Wasatch Rails had some wonderful kit-bashed locomotives to represent the Disney locomotives. Something I have thought about doing but not yet taken the time. Having those on display, first shows the public some great modeling but secondly inspires me that I could do something like that! All four of the locomotives also earned Merit Awards! Great job John! 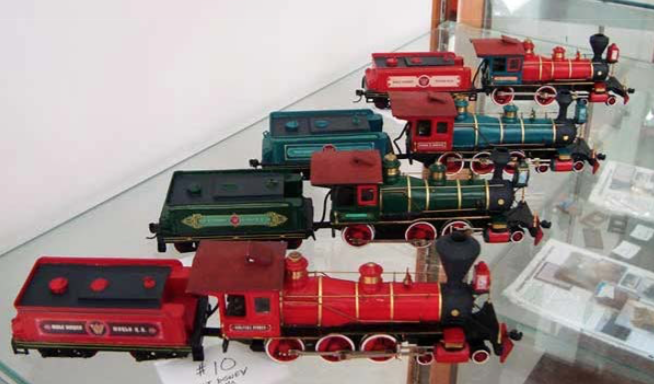 I want to also thank Rick Luther! He was a huge help in keeping the contest organized. While I was off doing the merit badge workshop he was reviewing the paperwork and making sure everything was in order. By the time I got back, the work he had already done made it simple to complete things before the dinner. Thanks again!

I saw an article where an Eagle Scout Project was to make a model railroad layout for a hospital. That sounds like a lot of work! It is definitely a way to give back! What are some other ways? In this time of Thanksgiving let’s not be alone in our Model Railroading. November is National Model Railroad Month. Think outside the box of ways you can share your hobby with others, get each other involved and that way we can enjoy the journey together