It was a GREAT convention with lots to do! One area I enjoyed of the convention was the contest room. A few of us received training on judging models which is helpful with being a new AP Chairman. Even though I’ve been building models for awhile I haven’t been involved with critiquing other’s models very often. Also, a benefit that is helpful to me is knowing what the judges are looking for. I suggest that if you are wanting to have models judged, be a judge yourself. It’s a great experience!

One thing I did experience personally was why I hear so many people give as their reason for not participating in the Achievement Program. Let me clarify something. There are two parts to the contest. First the popular vote and second AP judging. The popular vote is purely based on votes by the attendees at the convention. The AP judging is based on certain criteria pre-defined on the NMRA website and the AP paperwork. It is purely based on points added up in a number of categories. Your goal is to receive a total of 87.5 points to receive a “merit award.”

I had many compliments on my sawmill that I entered and enjoyed the process. There were several judges and I thought most were very fair. I was extremely disappointed in one judge however whom I thought was overly harsh. Most left good comments but this one said things that did not relate to the category he was judging and that I should include more info which I already had included. The other judges gave me what I thought were very fair scores and good comments. This one was not consistent with the other judges however so I don’t think it was me or my model. That is the frustrating part. I’m not saying I’m an awesome modeler but rather the inconsistency that occurred. What gives me some solace is that I received more than the required 87.5 points so that I received my merit award! 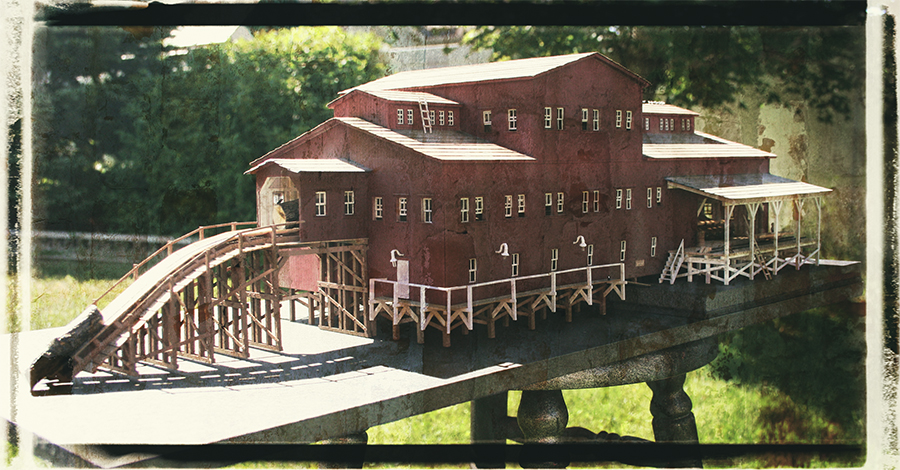 I’ve heard many say they don’t want or don’t feel the need to have their work judged by others. Well, that is actually just a small part of the entire AP Program. For the most part it is actually doing the work, and only partially doing “quality” work, which only just helps you become a better modeler.

If entering contests is not your thing, not to worry. You don’t actually have to even enter a contest. For more details check the NMRA website or ask me. For the small number of items that need to be “judged” they can actually be done at a Division meeting or even in your own home!

For me, being involved in the AP program has helped me become a better modeler and increased my awareness of what this wonderful hobby can provide. I hope that it can help you do the same. I will be making a chart to help those who want to join me and I hope we can enjoy the journey together!