Up next is my second AP certificate in the category of Chief Dispatcher. The February 2017 issue of the NMRA Magazine includes most of my thoughts and is pretty comprehensive. You can read the PDF here. I have a few additional thoughts however and will include them here. 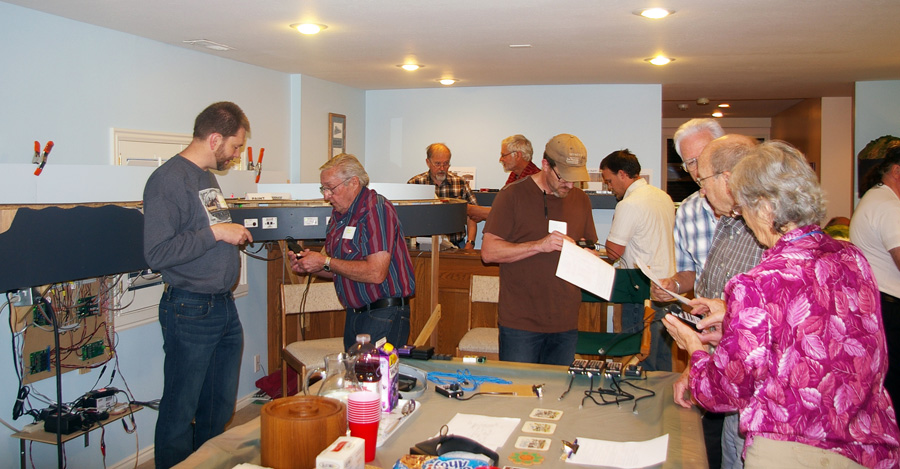 The first time I went to an operating session I was a little nervous and planned on just watching how things were done. I was promptly put to work and it was a blast! It was several years before I had another opportunity to go to an operating session but when I did, again, it was pretty awesome! The biggest issue I see is newbies being able to get started especially in groups that have a pretty established core set of people. In our Division we formed a group called the D.O.G.s which I don’t think I’ve ever seen or heard of elsewhere. It stands for Division Operations Group. At first everyone was a newbie. Now most have operated quite a bit but newbies are still welcomed and can easily get started without feeling intimidated. To learn a little more see the Northern Utah Division’s website.

Figuring out how to complete the paperwork portion left me scratching my head a little bit. I understood what was being asked to be included but didn’t quite know how best to create it without actually copying something. In the end I was able to combine what had been created for Gary Peterson’s Salt Lake Southern layout with how/what I might do for my own future layout and come up with something completely new and unique. He didn’t have everything I needed so I talked to him a little bit about how and why he did different things on his railroad to give me a better idea of some of the concepts.

One of the nice things about the D.O.G.s is the fact that we get to operate on several different types of railroads and most use different systems like CTC versus Time Table and Train Orders (and others) as well as command stations like NCE and Digitrax (and others) plus HO and N scale layouts. It really is pretty cool to get that kind of exposure to so many differences. 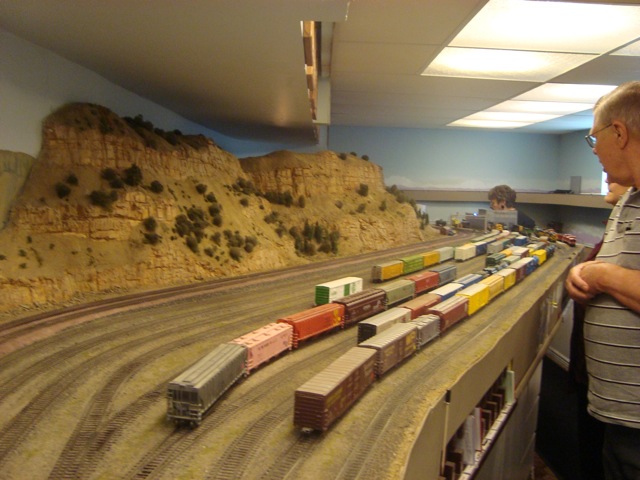 I choose Gary’s layout to spend more time on mostly because it was relatively close to my house compared to some of the others. I also really like how it’s laid out and inspires me as to a “someday” dream layout. I was able to get on the regular crew call so that I could attend more sessions to get the hours I needed. Like I said in the article, there are some things I like to do more than others. For example, I really like working yards where there’s a lot of switching but my favorite is probably where a train departs, goes  across some of the layout, does some local switching and then continues around the layout. At some point you need to buckle down and make sure you are “working” in the categories you still need the minimum time required. At some point you need to spend time in the Dispatcher’s Chair. That can be really intimidating. Most are pretty forgiving but it helps to have a “trainer” assisting you. I found that at the beginning of the sessions were quite busy. People were antsy to get started but closer to the end the trains are more spread out, there’s a rhythm established and people might be more tired (don’t know if that’s good or bad.)

Here are the forms I used when submitting my paperwork. It should go without saying but please do not copy them. You can use them as an example to give you an idea to help you get started with your own paperwork. There are many other examples on the web. My advise is to talk with the layout owners of the layouts you operate on and they will be a great inspiration! 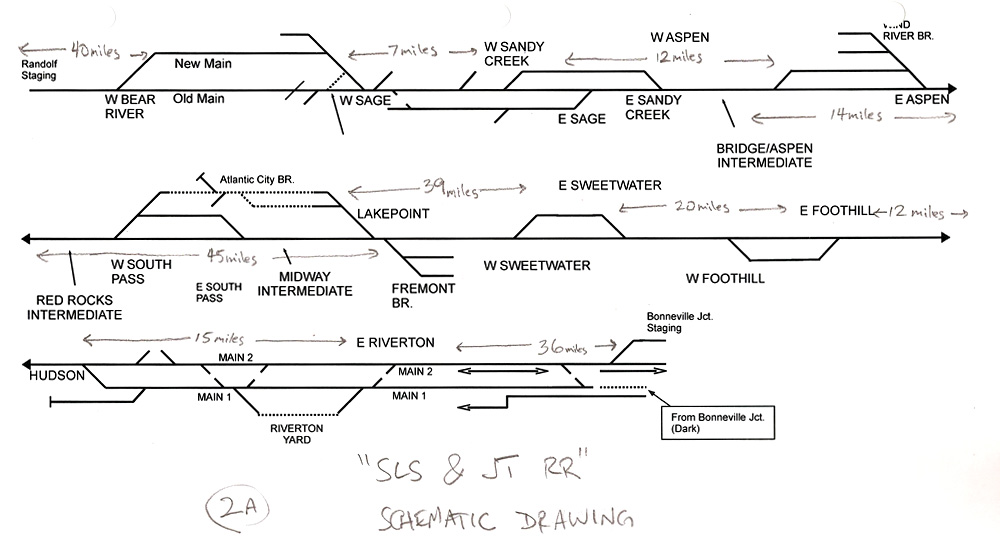 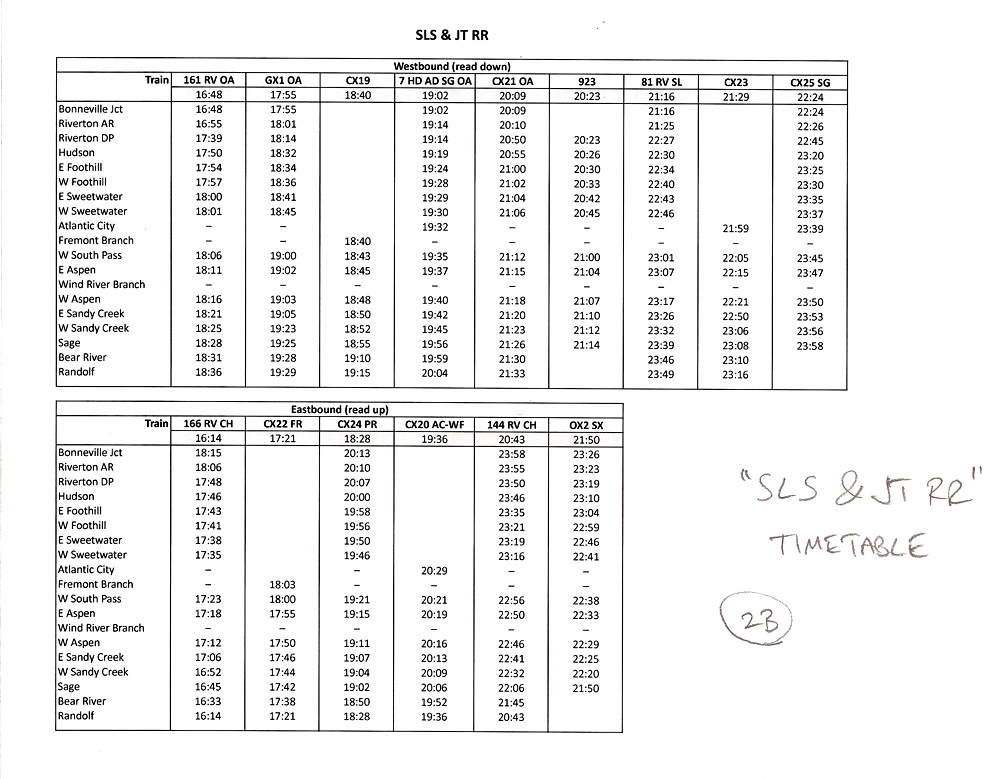 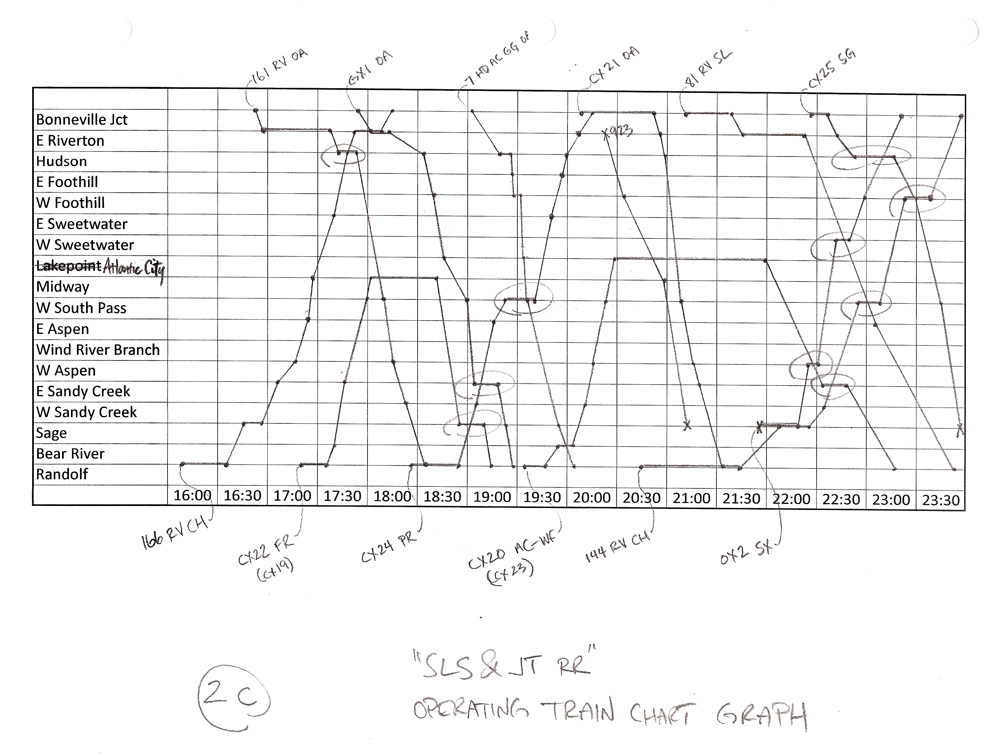 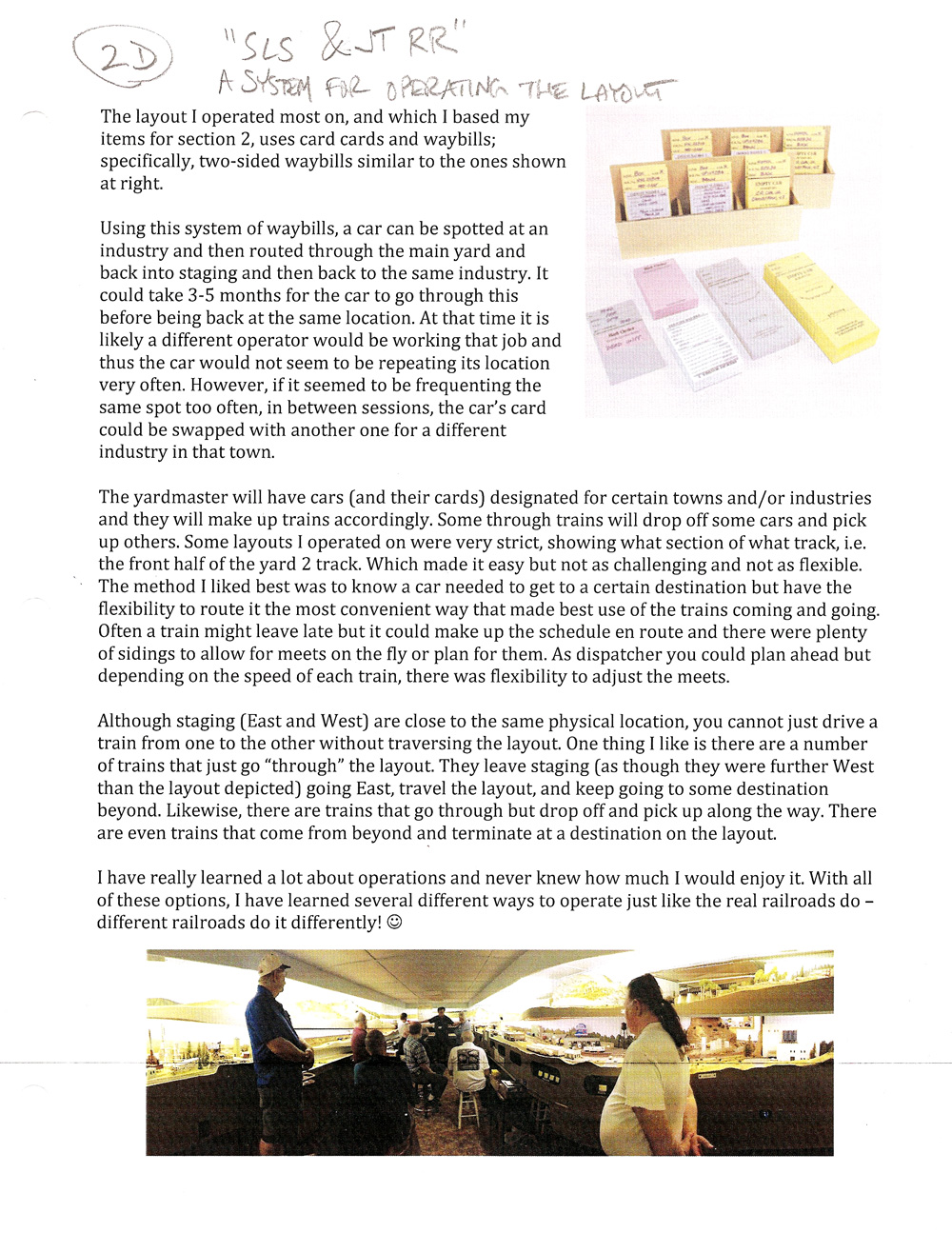 Below is an audio only recording. It just looks like a video so don’t worry if all you see is black. This is an audio recording of a 4 hour ops session with the “dead space” or silence not recorded so it’s only 36 minutes. Without knowing the layout it’s hard to visualize what is going on but before I sat in the Dispatcher’s Chair I listened to several of these recordings to get a better feel for how this railroad is run. It is the November 16, 2013 ops session of the SLS.