It’s that time of year again where people make New Years Resolutions. How about looking at it with a different spin? Is there a particular model you have been putting off getting done? I know I have a few that have been “nearly done for ten years” that for some reason or another just never completed before moving on to the next one. I’ve said it before, “The AP has helped me finish many projects that were nearly done.” You don’t have to be actively working on your AP to use this time of year to set a goal to finish at least one project that has been nearly done for awhile. If you want, we can evaluate a structure or car, or just verify it (not all models need to be judged) but we don’t have to. I also urge you to don’t be afraid to “fix” something if it isn’t working.

I am combining both of these items in a project: finishing it and fixing it at the same time. I have a small MoW speeder kit that I had installed a decoder and a separate sound only decoder into. It had worked but not that great. Plus I think something burned out! I started fresh with the mechanism, including adding additional wipers. I found a new sound decoder among my supplies and after making sure it was running well I am finishing the outside details. I hope to be finished by the next Division Event and you can see, and hear, it then! What are you working on? Bring it to the Events (or pictures if it’s too hard to bring) and that way we can enjoy the journey together!

Just after this article came out, I finished the model and had it judged at the next Division Event. It earned an AP Merit Award which is the second of three needed for the Motive Power certificate. 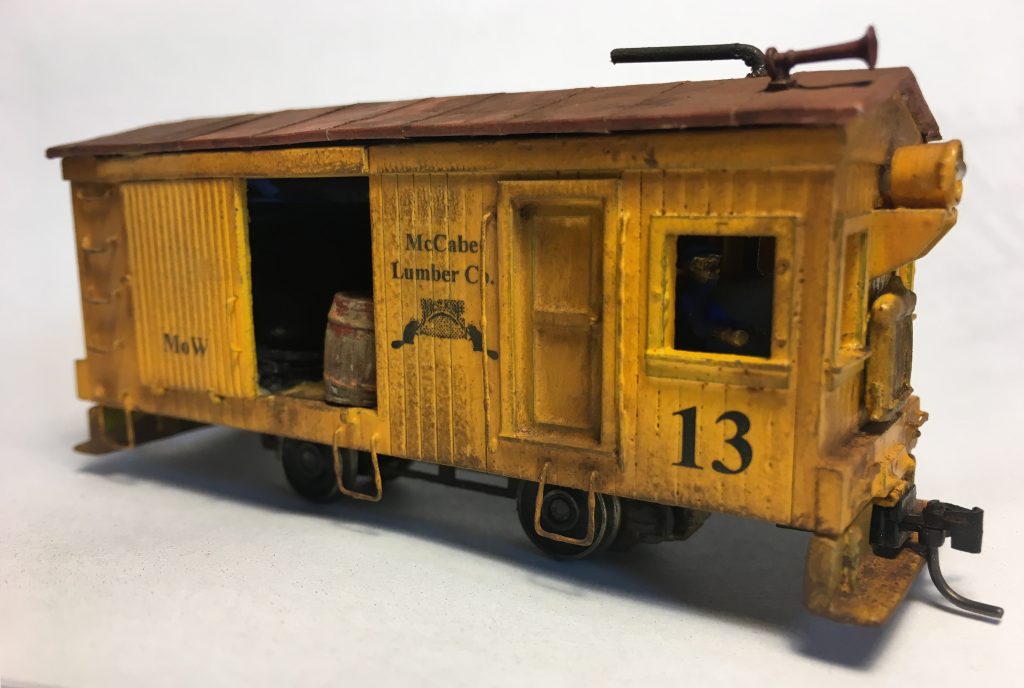