We had a good turnout of entries for the Popular Vote Model Contest at the 2016 Intermountain Train Expo! We had about 100 ballots cast for favorite models in four categories plus a “Best of Show” where people voted for their overall favorite from all of the categories. It was fun to see people’s reactions to the models and overall a great time interacting with everyone. In addition to but separate from the contest Al Badham received an AP Merit Award for his beautifully done drop bottom hoppers (entered into the contest late to receive very many votes), and I passed off two people for their Golden Spike Award! Bob Gerald (Karin is close to getting hers) and Mike Pettruzzelli (he is also on his way towards his Master Builder – Structures AP Certificate.) 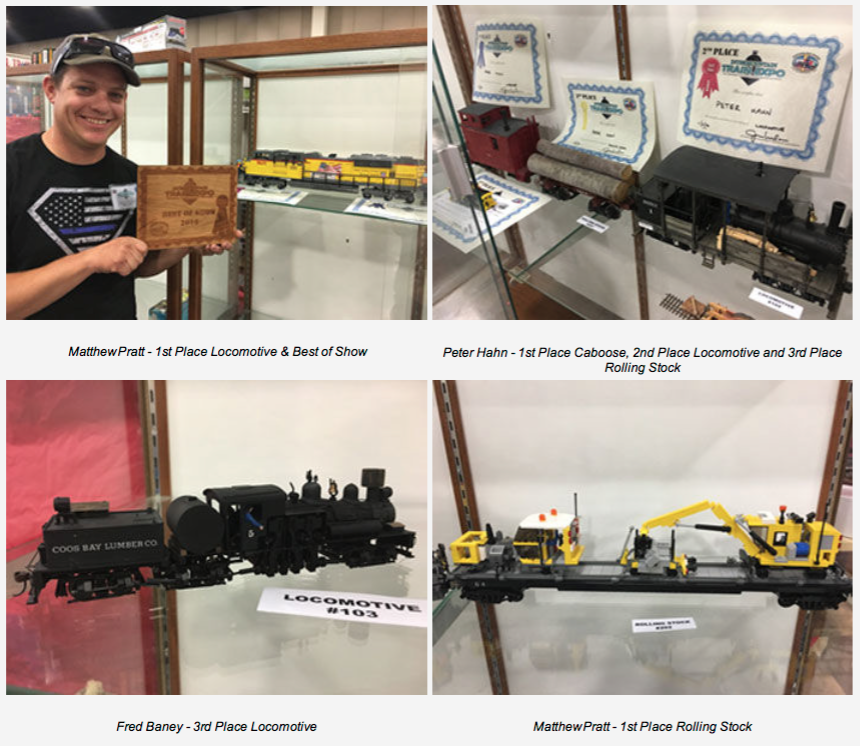 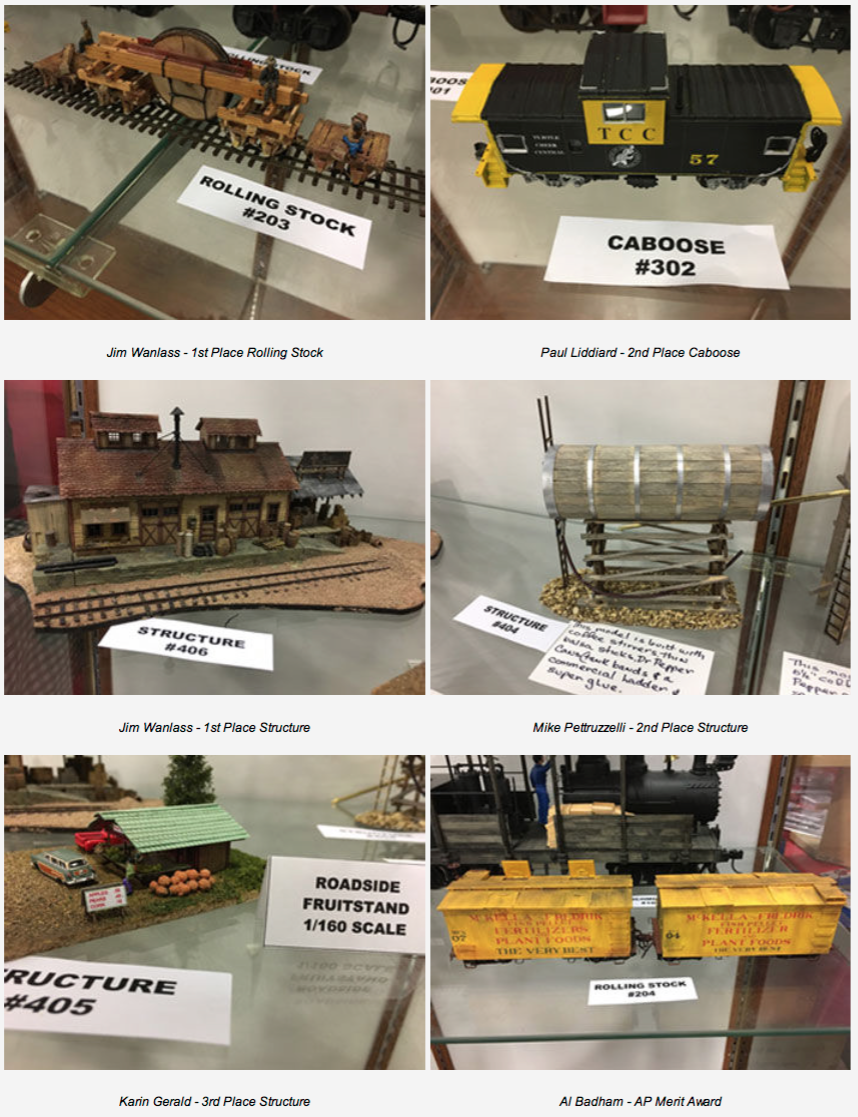 I know it can be a little intimidating to enter a contest but I know a couple of the people who entered were pleasantly surprised to have won an award. Many were within a few votes of each other. Matthew was shocked and super excited to have won anything and to find out he got Best of Show, he couldn’t believe it! It was fun to hear cheers of hooray come from the back of the hall when his name was announced over the speakers! You, like others, may have to step out of your comfort zone to enter a model contest. Who knows, you might be pleasantly surprised at the results. It is fun to talk about and share our modeling efforts with others and in that way we can enjoy the journey together!