It’s been more than a year since I received my Golden Spike Award, the first step towards MMR (Master Model Railroader). I finally got around to putting up the page showing what I did. 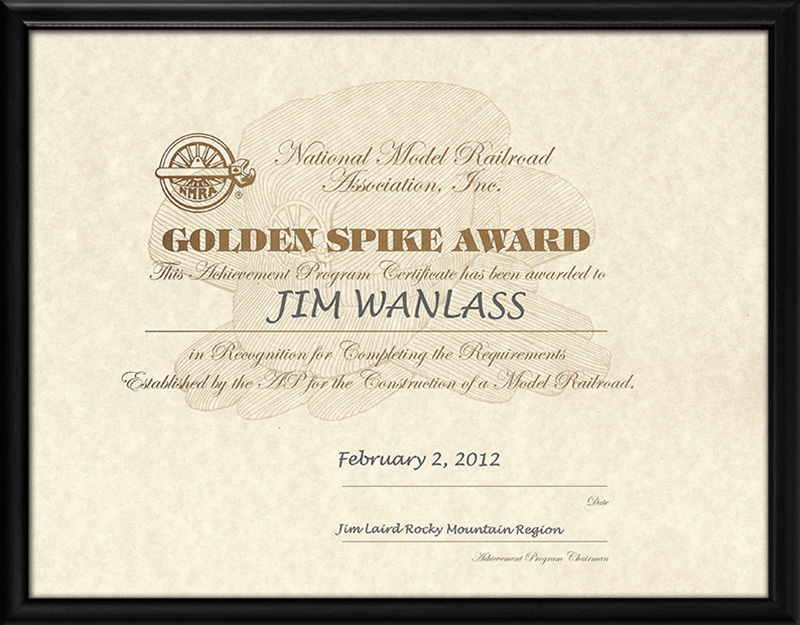 My goal in trying to achieve MMR is not to say “Look what I did” or “I’m really good at this.” Instead, what I have found is that it allows me to focus a little bit more on my modeling efforts. By having goals I can achieve more than just doing “whatever” 🙂 I will finally complete those nine different buildings that I have started!

In addition, it has already expanded my views of the different areas there are in this hobby. That is one thing I think that makes Model Railroading the “World’s Greatest Hobby” there are so many different areas of interest. You can try your hand at so many things and who knows, maybe you will find something you like that you never even knew about! There are some things that I thought I wouldn’t like to do but have found out that they are a lot of fun!

When I earned my Eagle Scout Award I didn’t even want to have a Court of Honor. In the end I decided to have one because I wasn’t having it to boast but to honor those who helped me along the way and show an example to those who were also trying to earn the award. As I post more pages about my progress toward my goal of MMR this is my reason: to help those along the path. I’m sure I’ll come upon some obstacles that as I overcome I will share. Hopefully it will make the journey easier for you who are also on this same path.